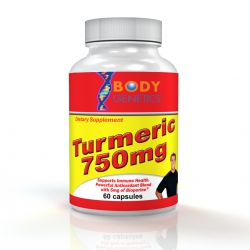 Write a Testimonial
OverviewReviewsTell a Friend

Turmeric (Curcuma longa) is a culinary spice that spans cultures - it is a major ingredient in Indian curries, and makes American mustard yellow. But evidence is accumulating that this brightly colored relative of ginger is a promising disease-preventive agent as well, probably due largely to its anti-inflammatory action.

One of the most comprehensive summaries of turmeric studies to date was published by the respected ethnobotanist James A. Duke, Phd., in the October, 2007 issue of Alternative & Complementary Therapies, and summarized in the July, 2008, issue of the American Botanical Councilpublication HerbClip.

Reviewing some 700 studies, Duke concluded that turmeric appears to outperform many pharmaceuticals in its effects against several chronic, debilitating diseases, and does so with virtually no adverse side effects. Here are some of the diseases that turmeric has been found to help prevent or alleviate:

To be able to utilize Turmeric in the body, it must be supported with Bioperine.

Currently there are no reviews for this product. Share your opinion with others, be the first to write a review.